First Law Of Mad Science is a sci-fi/horror adventure comic written by Mike Isenberg &Oliver Mertz, drawn by Daniel Lapham, and with grayscales by Jeff McComsey.  It is currently being self-published with the help of generous supporters from Kickstarter.com.

Super-scientist George Baker’s newest invention, electronic retinal implants known as “Cyber-Eyes,” are nothing short of amazing. So amazing, in fact, and so cheap and easy to get, that some 40% of the population has gotten them within their first year on the market. But they aren’t perfect. Far from it.

When things start going inexplicably and bizarrely wrong with the original test-subjects, George and his family will have to find out why before the problem spreads and causes world-wide panic.

It’s going to be a wild ride. 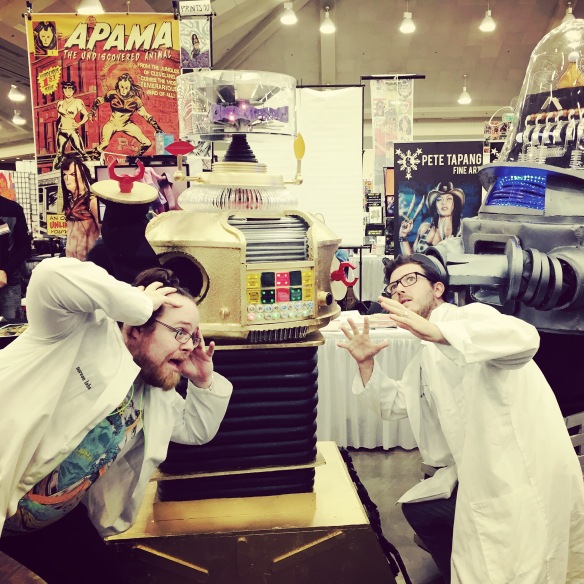